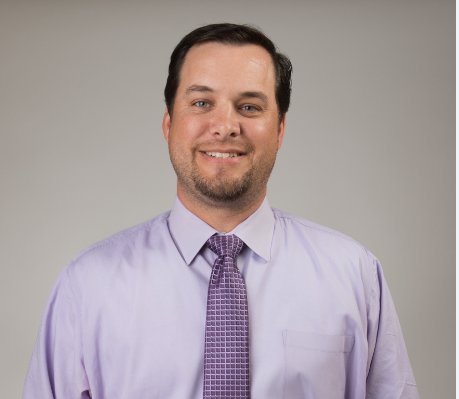 Matthew has been a part of the Palmetto Health Tuomey organization for over 19 years.  After joining the U.S. Army Reserve in 1995, he was active duty for 18 month before transitioning to his reserve role at Ft. Jackson as a soldier and Medical Lab Technician.  He found a home at Tuomey Healthcare System in 1997 working as a Medical Technologist and Lab Supervisor after challenging the MT exam.  He continued serving his country in the reserve until 2001 and was honorably discharged from the military.  In 2006, he joined the I.T. department as a Clinical Analyst and moved into the Clinical Informatics Manager role in 2012.  In November 2014, Matt was selected to lead the IT department as the Chief Information Officer/Administrative Director for Tuomey.  During the partnership of Palmetto Health and Tuomey in January of 2016, Matt continues to serve as the Director of IT for the Tuomey campus.

Matt has an Associates in Health Sciences in Lab Technology and a Bachelor of Science in Clinical Management and Leadership from the George Washington University.  He is actively pursuing his Masters of Health Information Technology from the University of South Carolina (Go Cocks!) and considers himself a lifetime learner.   He is a member of HIMSS and carries the CPHIMS certification as well as being a member of College of Healthcare Information Management Executives and the American Association of Bioanalysts.